A race to score 100% marks – Time to celebrate or condemn?

On 2 different days, 2 contrasting headlines related to the board results captured my attention –

“22 students commit suicide in Telangana after the announcement of the board results.”

Can you figure out which headline looks more dreadful? Maybe, it depends on whether we want to laud or detest “high percentage achieving race” going on in the board exams? 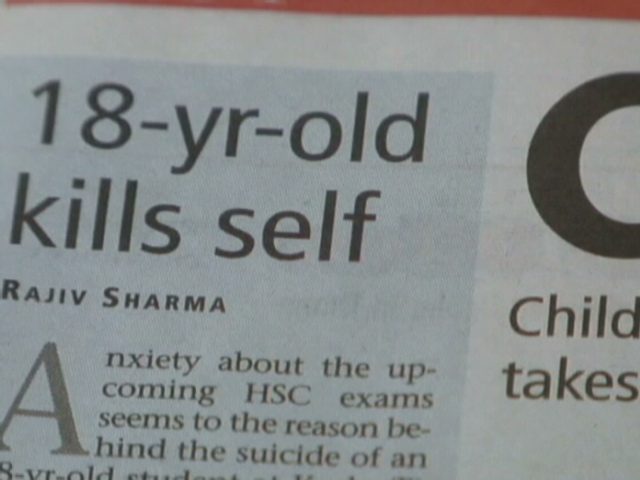 Every year, several board exam aspirants commit suicide because of the failure to score “adequate” marks.

However, how are we defining the adequacy? Are we over-considering the cut-offs announced by the universities and highly acclaimed educational institutions? You can’t blame her for not celebrating the success, because the expectation bar has been set so high that the students regret the failure more.

The evaluators award full marks to the candidates if they find specific keywords in the answers. Even in the long-form essay-like answers, the examiner is not analysing the appropriateness or analytical skills. It is fostering the cramming skills leading to perfect scores in subjects like English and History too.

Irrational criteria of the universities and colleges

Delhi University, notably Shri Ram College of Commerce (SRCC) is widely known for setting up the highest cut-off lists to admit students for the undergraduate programmes. The cut-off lists are often announced based on CBSE results.

However, a disparity exists among the educational boards throughout the nation in terms of awarding percentage and scores. While 80% in CBSE is the average score, it is regarded as exemplary performance in a few state boards.

Because of this disparity, the majority of students can’t qualify for the elite institutions leading to an increment in mental stress and feeling of failure.

Board result is a number game, don’t take it seriously

A student scored 44% in 10th and 65% in 12th board exams. Is he intelligent? – Probably, not. He has scored less than average. However, wouldn’t you be shocked if the same student cracks IAS, the toughest examination of India, and later becomes a collector?

It isn’t a fairy tale – it’s a real-life story of IAS Awanish Sharan, collector of Kabirdham district. He recently shared his marksheet on Twitter and encouraged the students and their parents not to bother too much about the board exam results.

Vir Das, one of the most successful comedians in India, failed the board exams. Did the failure affect him? – It impacted his life positively. He figured out his passion and pursued it successfully. Today, his acts and facial expressions can make literally anyone laugh at any moment.

While percentages are growing significantly, mental smartness is reducing drastically. We are overlooking creativity and interests, due to which students are “failing” in real life tests after graduating from the schools and colleges.

To avoid this urge among students to score higher and highest marks, we as parents, teachers, employers and responsible citizens will have to understand - high percentages don’t define the criteria of intelligence and success.
Tags : #CBSE #Board_Results #10+2 #Education #indianEducationSystem
3

A look into Sabarimala issue

# The Art Of Parenting

Published by Manoj A M

We Need To Educate Men

SEX EDUCATION FOR CHILDREN-WHY, WHEN, BY...

Will Surat Fire also end up being a ‘fak...